Aidan’s main aim is to increase body awareness, as well as dynamic and static strength as a foundation level. Building on that, he aims to teach skills and aerial tricks such as Flicks, Tuckbacks, Aerials, Arabian skills and more, which can be transferred onto stage. He is a British Gymnastics qualified Tumbling Level 1 Coach. 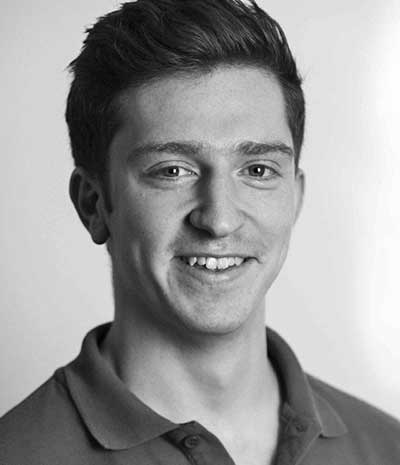 Aidan is a Gymnastics Coach at Dexterity. He started training in Artistic Gymnastics when he was 5 years old and Dance since he was 8. Early on, Aidan was trained in Gymnastics and Dance by ex- West End performers, through to secondary school, when he danced nationally, taking class with Richard Alston and Matthew Bourne. With his training being primarily in Gymnastics, this has helped him with technique and strength to benefit dance.

Aidan has been dancing with RAGE since he was 19 as well as being a RAGE and Dexterity Acro Coach.  At MOVE IT 2018, he competed in the Capezio Finals with RAGE. Aidan has had the pleasure to work with Matt Flint in early 2018 and also filmed a pilot dance based TV episode at BBC Studios in London.  He was most recently on the first series of BBC’s The Greatest Dancer with RAGE making it to the final 18 overall.