Estha Jones, proud founder and Director of Dexterity, brings her unique blend of elite sports training combined with dance technique that challenges all dancers beyond the normal expectation of any other dance school. So many of Estha’s graduates now run their own businesses or are carving highly successful career paths in the world of work. By their own admission, the positive influence of dancing with Estha has contributed to their social and professional development. Many still support Estha and Dexterity by providing services and are keen audience members. 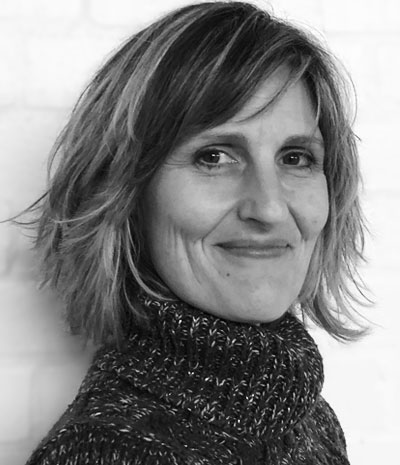 Estha began as an International Rhythmic Gymnast and then went on to train at London Contemporary Dance School and Middlesex University before working as a professional Dancer and Choreographer in the UK and overseas. After teaching dance in schools for 15 years, Estha launched Dexterity in 2010 to provide elite Dance training and Rhythmic Gymnastics coaching for ages 3 to 19.

A star Gymnast at school, 15 year old Estha competed in the World School Games in Barcelona and The European Championship in Athens before turning her attention to Dance and scooping a much sought after place at the prestigious London Contemporary Dance School at the age of 19.

Displaying talent, passion and sheer determination, Estha’s first taste of fame arrived when she was selected to join the Lido in Paris, a Moulin Rouge style Dance troupe of 100 dancers. From there, Estha then spent a year in Portugal with Northampton’s World renowned production company Belinda King Presents before returning to London to work as a model and a dancer. It was during this time that Estha took her first steps into choreography, choreographing fashion shows for one of London’s top hair salons, at venues such as The Oxford Playhouse and Birmingham’s Salon International.

By her late twenties, Estha had returned to her Gymnastics roots and was incorporating Rhythmic Gymnastics into Dance performances at venues across London including the Millennium Dome. It was while dancing at a night club in London that Estha was spotted by Channel 4 who invited her to take part in a series of short films they were making on artists. In 2001, Channel 4 screened a short film dedicated to Estha’s Rhythmic Gymnastic style of dancing.

With a number of dancing accolades under her belt and after 10 years at the top of her profession, Estha returned to her home town of Northampton to teach. Teaching became her new found passion, a job she found very worthwhile and fulfilling.

Estha was integral in developing Dance at Wollaston school for 15 years, leading a highly successful Dance Department. Having celebrated huge success at GCSE and A-level Estha’s students have gone onto professional training in the best dance schools in the UK and abroad and have later continued to achieve in World class Dance Companies.

So much teaching success led Estha to start Dexterity in 2010. Dexterity fulfils her vision of providing excellent training for students who want to keep fit with Dance for fun, or gain a relevant Dance education. A highly qualified Rhythmic Gymnastics coach up to International level, she continues to choreograph for the County’s highest level gymnasts.

Estha blends her Gymnastic training specialism with current dance styles to create dancers that can achieve magnificent moves. She has always had a passion for boys dance and specialises in the training of male dancers and has long been committed to raising the profile of male dancers in the County. She has directed and produced a boys dance company for over 15 years, RAGE has been a leading force in boys Contemporary dance, performing in both National and Regional platforms regularly. Her boys are an exciting and unique youth group that has provided a springboard for many boys into professional training and careers as performers in National and International Dance Companies.